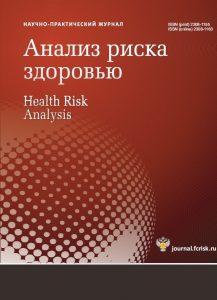 Occupational morbidity caused by physical overloads and certain organs and systems being overstrained ranks second among occupational pathologies depending on an influencing adverse occupational factor. Given that, it seems vital and promising to develop industrial exoskeletons as they are able to protect a worker’s musculoskeletal system from excessive physical loads. And absence of a relative regulatory and technologic base is a challenge here as it imposes substantial limitations on industrial exoskeletons implementation in productions both in Russia and in other countries.

A significant role in creating regulatory and technological base belongs to a possibility to accomplish an objective medical and biological examination of industrial exoskeletons safety and physiological efficiency. Developed and properly tested procedures for examining physiological and ergonomic properties of industrial exoskeletons will make a substantial contribution into a system of complex ergonomic tests accomplished at stages when exoskeletons are developed, created, and put into trial operation.

The present paper dwells on up-to-date medical and biological procedures for examining the safety and physiological efficiency of industrial exoskeletons. There are examples of using a «movement seizure» procedure performed with inertial sensors, ergospirometry, electromyography, and myotonometry for estimating physiological and ergonomic properties of industrial exoskeletons at a modelled working place.

Results obtained via this research involving all the above-mentioned procedures confirmed that it was safe and quite efficient to apply industrial exoskeletons for workers who had to deal with physical labour when performing work tasks similar to those used in developed models. Applied procedures can substantially enhance approaches to examining a worker’s functional state and obtained results will make a significant contribution into development of a regulatory and technological base for promising individual protection means used to protect the musculoskeletal system within the existing System of occupational safety standards.

Results obtained in the present research performed with all the above-mentioned procedures confirmed that it was safe and quite efficient to apply «Exochair» and «ExoAtlant » industrial exoskeletons at workplaces of a logistician working in Sberbank archives and logistics centre and a cashier working in the precious metals department of Sberbank Main Cash Center accordingly.

Nevertheless, we concluded that it was advisable to make separate reports on safety and efficiency of these industrial exoskeletons being used at workplaces in field conditions taking into account results of the present research, peculiarities existing at workplaces including harmful, and (or) hazardous factors occurring at them, technological process properties, technological operations peculiarities, equipment being used at different workplaces, etc. First of all, it is due to the fact that use of the examined industrial exoskeletons imposes substantial limitations on amplitudes of certain simplest movements and it can produce negative effects on a worker performing some operations as well as result in substantial inconveniences in case there is an emergency situation at a workplace.

Several procedures that were used in the present work including functional testing, dynamometry, stabilometry, and psychophysiological testing turned out to be rather unreliable and invalid, and it makes it doubtful that they can be applied in future research. Procedures that were used in the present work can substantially enrich the existing approaches to examining functional state of workers dealing with physical labor; obtained results can make a substantial contribution into developing a regulatory and technological base for a promising type of personal protective equipment aimed at protecting the musculoskeletal system within the Occupational Safety Standards System.