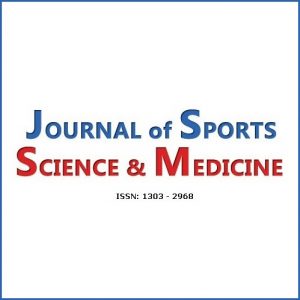 Studies have reported that a stiff triceps surae muscle and tendon-aponeurosis and also a more compliant quadriceps muscle and tendon-aponeurosis, are related to lower oxygen cost during running. However, to date, no study has investigated in a single experiment how oxygen cost during running is related to the stiffness of the free tendons (Achilles tendon, patellar tendon) and all the superficial muscles of two major muscle groups for running (i.e., quadriceps, triceps surae).

Thus, 17 male trained runners/triathletes participated in this study and visited the laboratory on three occasions. On the first day, the participants were familiarized with the tests. On the second day, the passive compression stiffness of the triceps surae muscle (i.e., gastrocnemii), Achilles tendon, quadriceps muscle (i.e., vastii, rectus femoris), and patellar tendon was non-invasively measured using a digital palpation device (MyotonPRO). In addition, an incremental test was applied to test the VO2max of the participants. Thereafter, in the third visit, after at least 48-h of rest, participants performed a 15-min run on the treadmill with a speed reflecting a velocity of 70% VO2max, to assess oxygen costs during running.

The Spearman correlation showed a significant negative correlation between passive Achilles tendon compression stiffness and running oxygen consumption, with a large effect size (rρ = -0.52; CI (95%) -0.81 to -0.33; P = 0.03). Moreover, no further significant relationship between oxygen cost during running and the passive compression stiffness of the quadriceps muscle and patellar tendon, as well as the triceps surae muscle, was detected.

The significant correlation indicates that a stiffer passive Achilles tendon can lead to a lower oxygen cost during running. Future studies will have to test the causality of this relationship with training methods such as strength training that are able to increase the Achilles tendon stiffness.