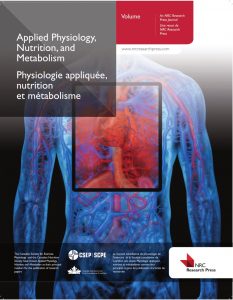 The relationship between lower-body stiffness and dynamic performance

Greater levels of lower-body stiffness have been associated with improved outcomes for a number of physical performance variables involving rapid stretch-shorten cycles. The aim of this study was to investigate the relationship between several measures of lower-body stiffness and physical performance variables typically evident during team sports in female athletes. Eighteen female athletes were assessed for quasi-static stiffness (myometry) for several isolated muscles in lying and standing positions. The muscles included the medial gastrocnemius (MedGast), lateral gastrocnemius, soleus, and Achilles tendon. Dynamic stiffness during unilateral hopping was also assessed. Participants were separated into relatively stiff and compliant groups for each variable. A number of significant differences in performance were evident between stiff and compliant subjects. When considering the quasi-static stiffness of the MedGast in lying and standing positions, relatively stiff participants recorded significantly superior results during agility, bounding, sprinting, and jumping activities. Stiffness as assessed by hopping did not discriminate between performance ability in any test. Relationships highlighted by MedGast results were supported by further significant differences in eccentric utilisation ratio and drop jump results between stiff and compliant groups for the lateral gastrocnemius and soleus in lying and standing positions. Higher levels of lower-body stiffness appear to be advantageous for females when performing rapid and (or) repeated stretch-shorten cycle movements, including sprinting, bounding, and jumping. Further, the stiffness of the MedGast is of particular importance during the performance of these activities. It is important for practitioners working with athletes in sports that rely upon these activities for success to consider stiffness assessment and modification.

The current study provided a robust comparison of stiffness and performance results utilising multiple stiffness assessment methods and numerous performance tests and was the first to use all female participants. Higher levels of lower-body stiffness appear to be advantageous when performing rapid and (or) repeated SSC movements. These types of movements include sprinting, bounding, and jumping and are particularly common during court sports. Further, it appears that the stiffness of the MedGast is of particular importance during the performance of these activities.