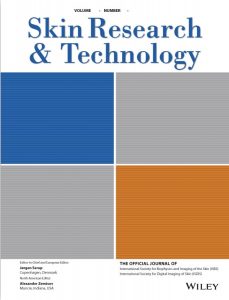 Background: There is still a lack of clinically practical device, which allows to perform rapid and accurate examination of the skin condition. For this reason, suitability of the MyotonPRO for the assessment of skin biomechanical and viscoelastic parameters was evaluated in this study. The aim of the study was to establish the reference values of five parameters measured by MyotonPRO various locations of human skin.

Conclusion: It was demonstrated in all locations studied that the higher value of oscillation frequency corresponds to the higher value of dynamic stiffness, moreover such tissue recovers faster to its initial shape, and it was characterized by lower creep values. Such results indicate the existence of identical relationships between the same studied parameters in different areas of skin.

This study demonstrated that MyotonPRO equipped with any of L-shape probes, that is, short arm or MAP can be considered as a skin biomechanical/viscoelastic properties assessment device. This conclusion is due to the fact that MyotonPRO in each tested location was able to record values of five different parameters of the skin, which together allows to describe its basic biomechanical and viscoelastic properties. Moreover, despite the differences in obtained values of parameters, correlations occurring between them were almost identical among all there examined locations.