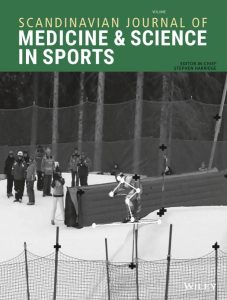 This study investigated the effects of a relatively high- versus moderate-volume resistance training program on changes in lean mass during caloric restriction.

High-volume resistance training appears to have neither an advantage nor disadvantage over moderate-volume resistance training in terms of maintaining lean mass or muscle thickness. Given that both groups increased volume load and maintained muscle contractility, sleep quality, and mood, either moderate or higher training volumes conceivably can be employed by resistance-trained individuals to preserve muscle during periods of moderate caloric restriction.

From a whole-body perspective, both groups significantly lost lean mass over time, although absolute losses in this outcome were modest and within the margin of error of the measurement. While it is conceivable that high-volume resistance training has a different impact on the whole-body level than on a given individual muscle, the lack of upper body training volume progression over time as well as the unsupervised upper body training in this study need to be considered as a reasonable alternative theory to explain the differences between findings at the single muscle versus whole-body level. Given that both groups increased training loads and maintained muscle contractility, sleep quality, and mood, either moderate or higher training volumes conceivably can be employed by young, resistance-trained men to preserve muscleduring periods of moderate caloric restriction. Considering the null effects between conditions, employing moderate volumes would be a more time-efficient approach in this population.