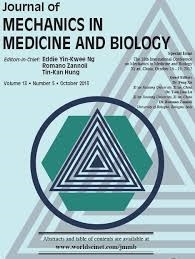 Repeatability of trapezius muscle tone assessment by a myometric method

The goal of this paper is to examine the trapezius muscle tone by measuring simultaneously using Myoton-2 myometer i.e., the natural oscillation frequency, stiffness and the elasticity of the trapezius muscle. With this method, the mechanical response of the muscle, to a short applied mechanical impulse, is registered by an acceleration probe. From the acquired damped natural oscillation waveform, the frequency (Hz), the stiffness (N/m) and the logarithmic decrement of damping (characterizing tissue’s elasticity) are calculated, quantifying the functional state of the muscle. The trapezius muscle on both sides of the body was tested in twenty adult women by two investigators using the Myoton-2 myometer. During the measurements, the subjects were in a relaxed sitting position. The Bland and Altman graphical test, comparing the differences of the measurements of two investigators, was used for assessing the inter-observer repeatability. The registered values for the trapezius muscle tension, stiffness and elasticity are varying between the tested subjects, but the intra-class correlation coefficient (ICC) was near 1 for three muscular properties, showing that the variation within the subject (due to the investigator) is negligible, compared with the variation between the subjects.

In conclusion, the Myoton-2 myometer used in the present study showed good reliability in measuring the mechanical properties of skeletal muscle by tone. The myometric method ensures possibilities not only of investigating apparently active skeletal muscle, but also detecting and monitoring the muscle in its less widely studied daily common low activities such as body posture maintenance and passive load-bearing functions; and in investigating the skeletal muscle at its different levels of relaxation.