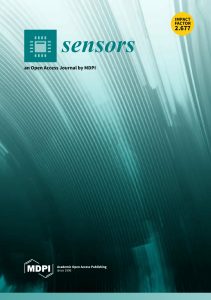 Quantitative Measurement of Rigidity in Parkinson’s Disease: A Systematic Review

Rigidity is one of the cardinal symptoms of Parkinson’s disease (PD). Present in up 89% of cases, it is typically assessed with clinical scales. However, these instruments show limitations due to their subjectivity and poor intra- and inter-rater reliability. To compile all of the objective quantitative methods used to assess rigidity in PD and to study their validity and reliability, a systematic review was conducted using the Web of Science, PubMed, and Scopus databases. Studies from January 1975 to June 2019 were included, all of which were written in English. The Strengthening the Reporting of observational studies in Epidemiology Statement (STROBE) checklist for observational studies was used to assess the methodological rigor of the included studies. Thirty-six studies were included. Rigidity was quantitatively assessed in three ways, using servomotors, inertial sensors, and biomechanical and neurophysiological study of muscles. All methods showed good validity and reliability, good correlation with clinical scales, and were useful for detecting rigidity and studying its evolution. People with PD exhibit higher values in terms of objective muscle stiffness than healthy controls. Rigidity depends on the angular velocity and articular amplitude of the mobilization applied. There are objective, valid, and reliable methods that can be used to quantitatively assess rigidity in people with PD.

Devices used to quantitatively evaluate rigidity with objective data in PD patients are described in the literature, which used three different methods: servomotors, inertial sensors, and biomechanical and neurophysiological muscle measurement. All these methods show good validity and an adequate correlation with clinical instruments for muscle stiffness assessment. In addition, the most recently developed methods reviewed (myometry and elastography) have demonstrated excellent reliability properties, both for test–retest (myometry) and for inter- and intra-examiner reliability (elastography).

Compared with healthy subjects, people with PD show greater values of rigidity, both at rest and during passive mobilization. Their muscles exhibit an objective hypertonia in terms of electromyographic activity, response to biomechanical deformation, and stretch resistance, which can be detected with instrumentalized tools.

When external mobilization of a joint is used to assess rigidity severity, this protocol depends both on the angular velocity of the mobilization and on the articular amplitude. Therefore, depending on the mobilized joint, it can be important to determine these parameters when clinically evaluating this phenomenon.