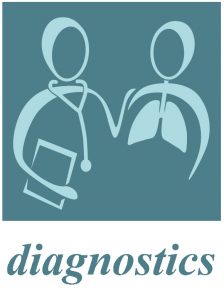 Paravertebral Muscle Mechanical Properties in Patients with Axial Spondyloarthritis or Low Back Pain: A Case-Control Study

Different musculoskeletal disorders are a source of pain in the spinal region; most of them can be divided into mechanical, such as low back pain (LBP), or inflammatory origins, as is the case of axial spondyloarthritis (axSpA). Nevertheless, insufficient information is available about the muscle negative consequences of these conditions. Thus, the objective of this study was to identify whether mechanical muscle properties (MMPs) of cervical and lumbar muscles are different between patients with axSpA, subacute LBP (sLBP), and healthy controls. Furthermore, we aimed identify whether MMPs were related to sociodemographic and clinical variables in various study groups.

The MMPs, sociodemographic, and clinical variables were obtained in 43 patients with axSpA, 43 subjects with sLBP, and 43 healthy controls. One-way ANOVAs and ROC curves were applied to identify whether the MMPs could differentiate between the study groups. Intra-group Pearson r coefficients to test the associations between MMPs and the rest of the variables were calculated.

The results showed that axSpA subjects have a higher tone and stiffness and a lower relaxation and creep than sLBP and healthy ones (p < 0.05). All lumbar and cervical MMPs, except for decrement, could correctly classify axSpA and healthy subjects and axSpA and sLBP patients (in both cases, Area Under the Curve > 0.8). However, no MMP could differentiate between sLBP and healthy subjects. Each group had a different pattern of bivariate correlations between MMPs and sociodemographic and clinical data, with a worse state and progression of the axSpA group associated with a higher tone and stiffness in both spinal regions.

This study supports that MMPs are different and show different patterns of correlations depending on the type of spinal pain.

The lumbar and cervical MMPs are different depending on the type of spinal pain. The patients with axSpA show a higher tone and stiffness and lower relaxation and creep than those with sLBP and healthy controls. Furthermore, the spinal MMPs, except for decrement, are able to classify patients with axSpA and healthy subjects, but not subjects with sLBP and healthy ones, which increases the interest regarding the assessment of the spinal MMPs as a possible marker of the muscle state and progression in the clinical context of inflammatory spinal pain.

The patients with axSpA show a specific pattern of correlations between MMPs and clinical and metrological variables that do not appear in sLBP and healthy subjects. This pattern associates a worse state and progression of axSpA to higher tone and stiffness in lumbar and cervical regions.