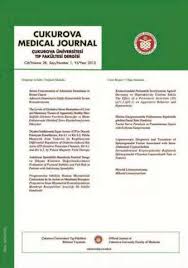 Purpose: The aim of this study was to evaluate the biomechenical properties (tone, elasticity, stifness) of gastrocnemius muscle (GCM) using myotonometry in children with spastic cerebral palsy (CP) and to demonstrate therapeutic effectiveness of electrical stimulation onmuscle tone, elasticity and stiffness.

Materials and Methods: Forty patients with spastic CP (11 diplegic, 16 quadriplegic, 13 hemiplegic) and 20 age, gender and body mass index matched healthy controls were evaluated. MyotonPro was used to measure the medial and lateral GCM on bilateral sides of diplegic/quadriplegic patiens and healthy controls,and from the paretic side of the hemiplegic patients. Spasticity was evaluated by Ashworth Scale and functional level was assessed by Gross Motor Function Classification System.The measurements of 66 extremities of 40 patients were compared with 40 extremities of 20 controls.

Results: Eighteen patients (31 extremities) with spastic CP were treated for 5 days of electrical stimulation which was applied on GCM. The muscle tone and stiffness of medial and lateral GCM decreased and the elasticity values increased significantly after the intervention. Although Ashworth scores were also decreased, no correlations between Ashworth scores and myotonometric values were detected.

Our results suggest that electrical stimulation for the treatment of spasticity had improvements on muscle tone, elasticity and stiffness. MyotonPRO can be used to measure the effects of treatment in spasticity.