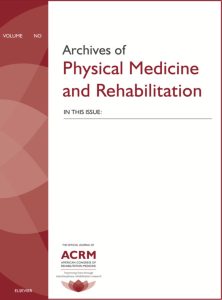 Objective: To investigate the influence of muscle position (relaxed vs. stretched) on muscle mechanical properties and the ability of myotonometry to detect differences between sides, groups, and sites of testing in stroke patients. We also analyzed the association between myotonometry and clinical measures of spasticity.

Main outcome measure: Muscle tone and stiffness of the biceps brachii and gastrocnemius. Post-stroke spasticity was evaluated with the Modified Tardieu Scale (MTS). A mixed-model analysis of variance (ANOVA) was used to detect differences in the outcome measures.

Results: The ANOVA showed a significant effect of muscle position on muscle mechanical properties (higher tone and stiffness with the muscle assessed in stretched position). Measurements with the stretched muscle could help discriminate between spastic and non-spastic sides, but only at the biceps brachii. Overall, there was significant increase in tone and stiffness, in the chronic stroke group, and in myotendinous sites, compared to muscle belly sites (all, P < .05). No correlations were found between myotonometry and the MTS.

Conclusion: Myotonometry assessment of mechanical properties with the muscle stretched, improves the ability of myotonometry to discriminate between sides in patients after stroke, and between people with and without stroke.

Myotonometry measurements of tone and stiffness can discriminate better between the affected and non-affected sides in people with stroke and between these and healthy controls, when myotonometry is performed with the muscle stretched. Clinical measures of spasticity were not correlated with myotonometry, regardless of the muscle position during evaluation.