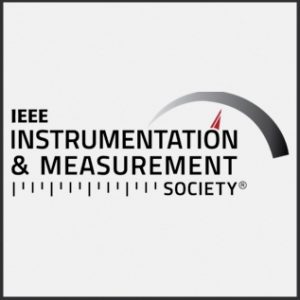 In this work, an attempt has been made to analyse the influence of tissue viscoelasticity on the fatiguing behaviour of skeletal muscle.

For this purpose, myotonometry and surface electromyography (sEMG) signals are recorded from the biceps brachii muscle of adult volunteers. Viscoelastic characterization of muscle is carried out using two parameters, namely Dynamic Stiffness (DS) and Relaxation Time (RT) which are computed from the myotonometry signal. Fatiguing contraction is characterized using Time to Task Failure (TTF) and Mean Absolute Value (MAV) extracted from the surface electromyography signal. Linear regression is performed to find the association between myotonometric parameters and TTF.

Results show that the TTF values are comparable between both hands, but the values are higher in the dominant hand. Linear relationship between myotonometric parameters and TTF is observed with adjusted R 2 > 30% for the dominant hand, and adjusted R 2 > 40% for the non-dominant hand. Further, there is variation in the myotonometric parameters between non-fatigue and fatigue states. Similarly, MAV is also noted to increase from non-fatigue to fatigue state. Percentage variation of RT from non-fatigue to fatigue is linearly correlated with average MAV values.

The results indicate that viscoelastic properties of muscle along with myoelectrical features can provide better characterization of fatiguing contraction in skeletal muscle, and could be helpful in the domain of sports medicine and rehabilitative design.

Figure 2. Measurement of myotonometric parameters: (a) acquisition and (b) annotation

The results show that there exists positive correlation between DS and TTF, and negative correlation between RT and TTF, but the correlation is stronger for the non-dominant hand. It is also found that myotonometric parameters are able to differentiate between non-fatigue and fatigue states of muscle. The variation of the myotonometric parameters is more prominent in the dominant hand, whereas the effect size for the mean difference between non-fatigue and fatigue states is smaller in the non-dominant hand.

The initial amplitude of sEMG signals for the group of subjects with low endurance time is observed to be higher than the group of subjects having higher endurance time. However, fatigue is observed to result in an increase in the amplitude feature from sEMG in most cases for both dominant and non- dominant hands. Percentage variation of myotonometric parameters is found to be linearly correlated with the average myoelectrical activity. The association is stronger in the case of dominant hand compared to the non-dominant hand. These results could be useful for clinically relevant research in the areas of sports medicine and rehabilitation engineering. Further, it appears that myotonometry can serve as a calibration tool for sEMG signals.