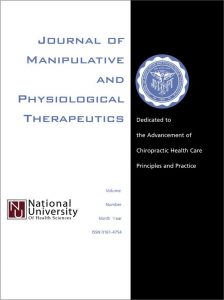 Influence of Body Posture and Apnea Severity on the Tone and Elasticity of Upper Airway Muscles in Awake Patients With Obstructive Sleep Apnea: A Cross-Sectional Study

Objective: The purpose of this study was to compare the effect of body posture and apnea severity on the tone, stiffness, and elasticity of upper airway muscles in awake patients with obstructive sleep apnea syndrome (OSAS).

Methods: Eighty adult patients with OSAS from the Sleep Laboratory of the Bitlis State Hospital between April and December 2021 were included in the study. The tone, stiffness, and elasticity of the genioglossus and accessory muscles (sternocleidomastoid, masseter) were measured while the patients were awake, sitting upright, and in supine posture. According to polysomnography results and the Apnea-Hypopnea Index, patients were classified as mild, moderate, or severe OSAS.

Results: There were 56 male (70%) and 24 female (30%) patients (age 45.0 § 11.0 years). Tone of genioglossus, masseter, and sternocleidomastoid muscles were higher in supine than in sitting posture (all P < .05). There was no difference in elasticity scores of the bilateral genioglossus muscle in sitting and supine posture (P > .05). The elasticity scores of the sternocleidomastoid and masseter muscles were higher in sitting (all P < .05). An interaction effect of postural change and apnea severity was observed on stiffness scores of the genioglossus muscle (P < .05).

Conclusion: Results showed that the genioglossus muscle and accessory muscles take on the inspiratory load that develops with postural strain, regardless of the severity of apnea, in awake patients with OSAS. For participants measured in this study, accessory muscles supported respiration by increasing their elasticity.