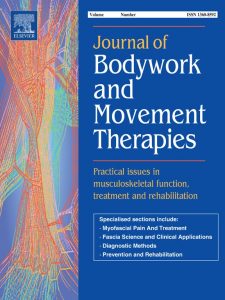 Immediate effect of a spinal mobilisation intervention on muscle stiffness, tone and elasticity in subjects with lower back pain – A randomized cross-over trial

Background: Despite the lack of objective evidence, spinal manual therapies have been common practice for many years, particularly for treatment of lower back pain (LBP). This exploratory study measured and analysed the effect of a spinal mobilisation intervention on muscle tissue quality in LBP sufferers.

Methods: 40 people with LBP participated in a within-subject repeated measures cross-over study with intervention and control conditions. A myometer was used to assess the change in para-spinal muscle tissue quality before and after the intervention. Analysis considered the magnitude of muscle response together with individual covariates as potential contributors.

Conclusions: The significant reduction in all muscle tissue qualities following the intervention provide preliminary data for an evidence-based LBP therapeutic. Baseline stiffness, BMI, waist circumference and sex could act as significant contributors to magnitude of response. The results warrant further investigation into spinal mobilisation therapies to further build the objective evidence base.

The 30-min spinal mobilisation intervention had a significant immediate effect on muscle quality showing a stiffness and tone reduction in sufferers of LBP when compared to a control intervention. Initial levels of stiffness contributed to reduction levels post intervention and there was more variance in contributing factors for tone and elasticity. Although significant differences between male and female stiffness results were found, sex was not a significant contributor to stiffness reduction and likely affected initial baseline levels. Preliminary results show an immediate muscular response after a MT intervention and further study could investigate an accumulated effect after repeated sessions with further explanatory measures.