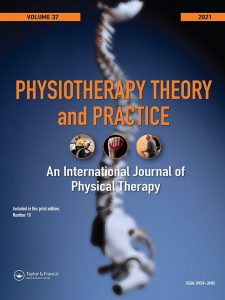 Background: Abdominal diastasis (AD) is highly prevalent at post-partum. Although several conservative approaches have been proposed, an effective and protocolized treatment is lacking for this condition.

Objective: To identify modifications of inter-rectus abdominis distance (IRAD), trunk circumferences and mechanical properties of the AD, transversus abdominis and the pelvic floor (PF) muscles, after the application of hypopressive exercises (HE) and at a two-month follow-up in postpartum AD.

Methods: Twelve volunteers with post-partum AD followed a four-week (three times a week) tailored program of HE. The main outcome was the IRAD, assessed at four specific supraumbilical points (3, 6, 9, and 12 cm). Abdominal circumference and respiratory expansion were measured at three different locations (axillar, xiphoid, and umbilical), and the mechanical properties of abdomino-pelvic tissues were also assessed using tonometry (MyotonPRO). Four evaluations were performed for all outcomes: at baseline, post-intervention, at a 1-month follow-up, and at a 2-month follow-up.

Results: The IRAD of participants was reduced (p < .05), furthermore, some participants displayed no AD after the intervention period. In addition, the abdominal circumference increased, mainly at follow-up, whereas the thoracic respiratory expansion decreased a median of 2 cm. The tension and stiffness of the LA decreased, when assessed at 3 and 6 cm supraumbilical. Finally, the tension and elasticity of TA/IO and of the PF, and also the elasticity of the PF decreased after the intervention period. No complaints were identified in relation to the HE program or assessments.

Conclusion: A program of HE showed positive results for the reduction of post-partum AD. Different study designs should be performed to better explain the effects of HE for AD.

Positive results were found for the reduction of post-partum AD, and for the modification of trunk circumferences and the mechanical characteristics of abdominopelvic tissues following a program of HE. Both the intervention and evaluation protocols were safe and well tolerated. Further studies are required with different study designs and intervention protocols in order to further understand the effects of HE for AD.