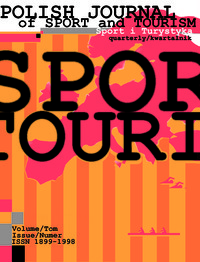 Introduction: Monitoring muscle stiffness in athletes can be a good method of assessing fatigue caused by high training loads,and the early detection of fatigue can help prevent the occurrence of micro-trauma in the muscles that can cause contusions.The research carried out by Wilson et al. [1] confirmed that an optimal level of muscle stiffness is significantly correlated with high muscle loads. The aim of the current study was to determine changes in muscle stiffness of the left and right thighs during six weeks of plyometric training (PT) in volleyball players.

The loads used in plyometric training in volleyball players caused a decrease in the differences in muscle stiffness between the left and right limbs, and in both limbs, adaptation trended towards an increase or a decrease in stiffness.