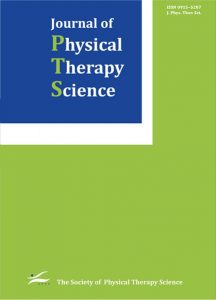 Purpose: The aim of this study was to examine differences in the muscle tone and stiffness of leg muscles according to types of flexible flat foot.

Subjects and Methods: For 30 subjects 10 in a normal foot group (NFG), 10 in group with both flexible flat feet (BFFG), and 10 in a group with flexible flat feet on one side (OFFG), myotonometry was used to measure the muscle tone and stiffness of the tibialis anterior muscle (TA), the rectus femoris muscle (RF), the medial gastrocnemius (MG), and the long head of the biceps femoris muscle (BF) of both lower extremities.